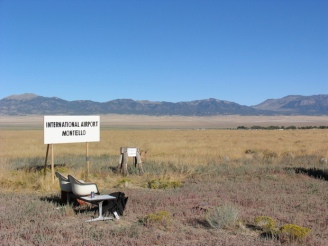 This project started with an idea of how real estate values could take place in Calzona of the future. I was inspired by the International Airport of Montello to create public attractions.

A massive number of people come into the area of Calzona, but don’t get to know how great it can be in the future. However, with this technology, they can pull out their phones or head-mounted displays to scan the code (which automatically detects the unique AI-trained images) and see the foreseeing image of the planned construction in real-time rendering.

Clients who visit Calzona would be able to see the valuation of Calzona in the future and donate their money in order to claim specific estate properties.

Get Hyped Being Augmented

This is the initial thought of my project – Augmented Calzona ( aka HackinCalzona). As a hyper-reality enthusiast, I am looking for ways that people can see what could be behind the fact via indirect viewport. Augmented Calzona was designed with the assumption that the world will soon be overwhelmed with an explosively growing population which will force people to look for new land to live on. For most humans, the reality becomes less attractive and they have to wear a half-immersive device in order to keep them away from their rough life. Calzona will then become the gathering place for those dreamers who do not have real property but virtual ideas to build in. People build stuff in the Virtual World that investors can pay for to actualize. Investors are able to use the real-time tracking technology and visualize the possible projects on the Calzona land.

Techs that Make It Possible 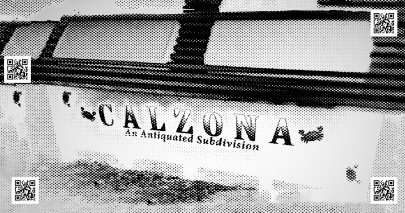 The core feature of Augmented Calzona is its ability to be cross-platform. I first integrated this project into a high-altitude platform, the DJI Mobile SDK. I used the DJI Mavic quadcopter with its 4K real-time streaming camera in order to visualize the several planned constructions in the future. The co-operation gyrometer and tracking makers allow people to see the overview of the large-scale constructions. There are plenty of huge constructions in the preparation stage – Calzona Planet Airport, and, Calzona Launch Station. The obj models were built with Blender graphics modeling software. With high-res image streaming and nice looking models, I programmed with Vuforia tracking technology to let the computer trained with specific patterns of images markers accept the images streaming from an up-high drone and produce a series of mixed reality photos of the construction in the real landscape. 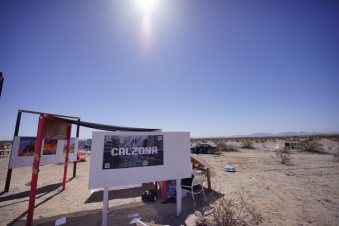 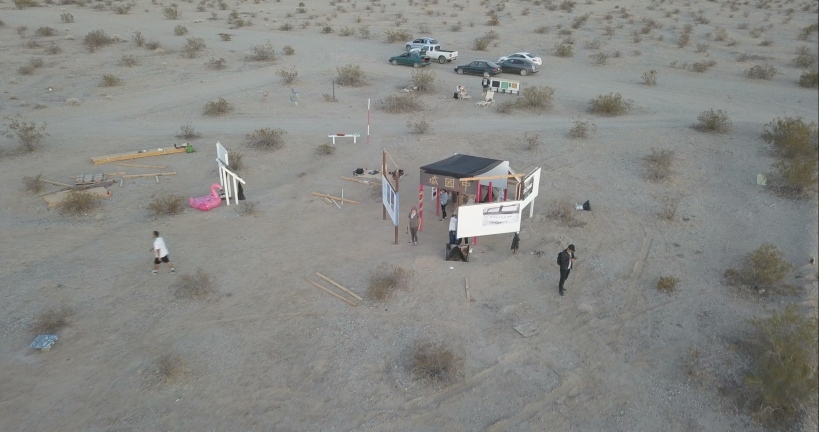