Whenever something happens, it might be coincidental, and it might not be. In the world of remixing existing songs to create new ones, the appropriated songs have attribute of happen and happenstance at the same time. They were created by someone else, yet they ended up at the mixing console of the artist, by chance. The creation of such a song is a very reflective process in which the artist is forced to think of the deeper meaning of recontexualization of existing songs and the merge of them in order to create meaningful piece.

The protagonist in this short film took a long thought of the notion of putting something into a different context half randomly and half deliberately. He picked a CD from his collection of Japanese Jazz-Hip Pop music CDs and selected one song from the CD he picked. It happened to be the early production form the late artist Nujabes based in Tokyo, Japan. He then went to find all the samples used in the song and mapped them on to his mixer and tried few times at his house.

The link to the video is https://www.youtube.com/watch?v=YVce60JR4pI 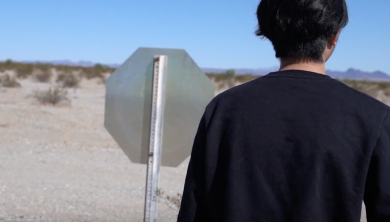